Skip to content
This is the 7th of 13 daily blog posts covering my World Series scorecards. Every day a new blog post in the series will be posted.

It’s really strange to say that my fingertip got numb from filling in scorecards. Almost exactly one month later, I can start to feel with the tip of my middle finger again. Although the feeling is still a bit numb, thankfully, it is healing slowly.

The low-point for the Cubs

Another loss for the Cubs. This might have been the low-point for the Cubs in the World Series. After this loss, the Cubs were down 3-1 in the series. This Cubs team was supposed to be the best in baseball. But the Indians curveball pitching confounded the Cubs.

Fowler’s home run in game 4 was the lowest impact of all ten home runs hit in this World Series. 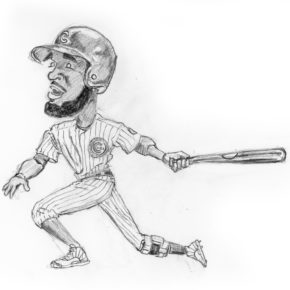 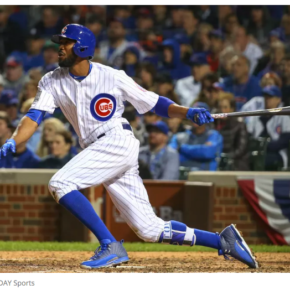 The biggest play of game four

How about that Kipnis 3-RBI home run in the 7th inning? That was devastating, right? Chicago-boy hits a home run against his Cubs at Wrigley Field. Well, that home run didn’t alter things all that much at the time. Emotionally, it hurt. But according to the stats, it wasn’t that bad.

The biggest play of the game would belong to a Kris Bryant throwing error. He had two throwing errors in the second inning. His first error allowed Chisenhall to get on base. His second error would allow Chisenhall to score. The Indians 2-1 lead would not be relinquished. This second error was the biggest play of game four, according to WPA stats. (Photo reference Brian Cassella / Chicago Tribune) 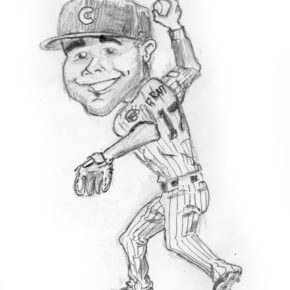 Thus far this series, the downfall of the Cubs has been swinging at curveball off the plate. The Cubs chased outside the zone 51%. Second most of all of 4,860 MLB games this year. Capturing this the most was Willson Contreras third strikeout in the game. The Cubs really needed the run, being down 4-1 in the 8th inning. The runner on second base had to watch Contreras strike out on three pitches. The third pitch was especially bad, as represented by my drawing.

For this drawing of Contreras, I knew it was going to appear small on my scorecard, so I simply traced it on my laptop screen. 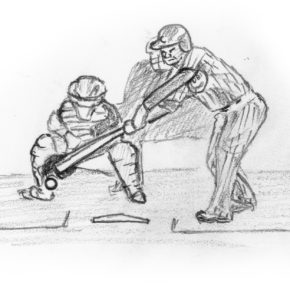 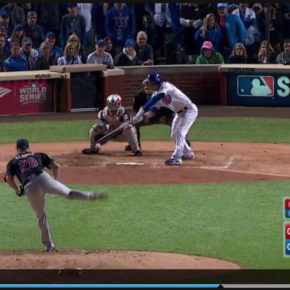 At least the scorecards for the next three games were much more positive. 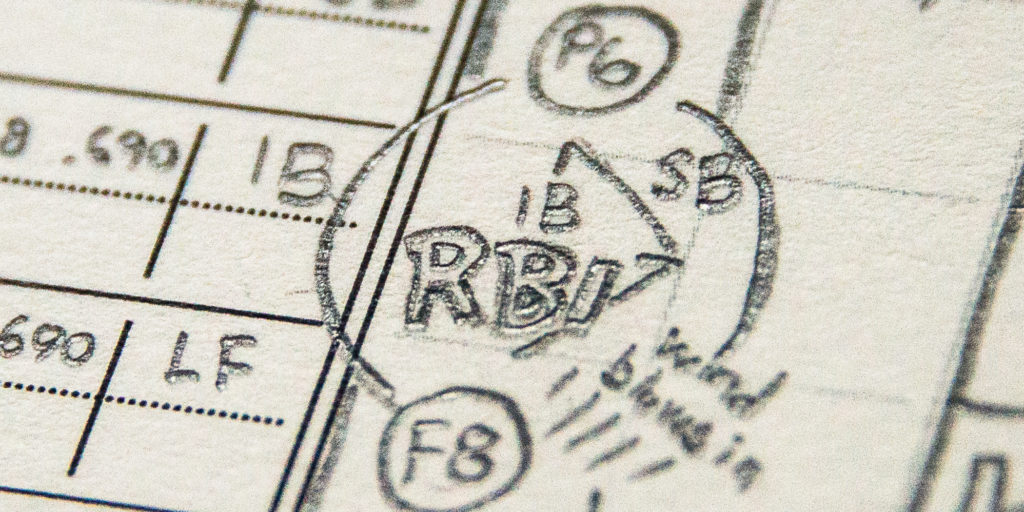 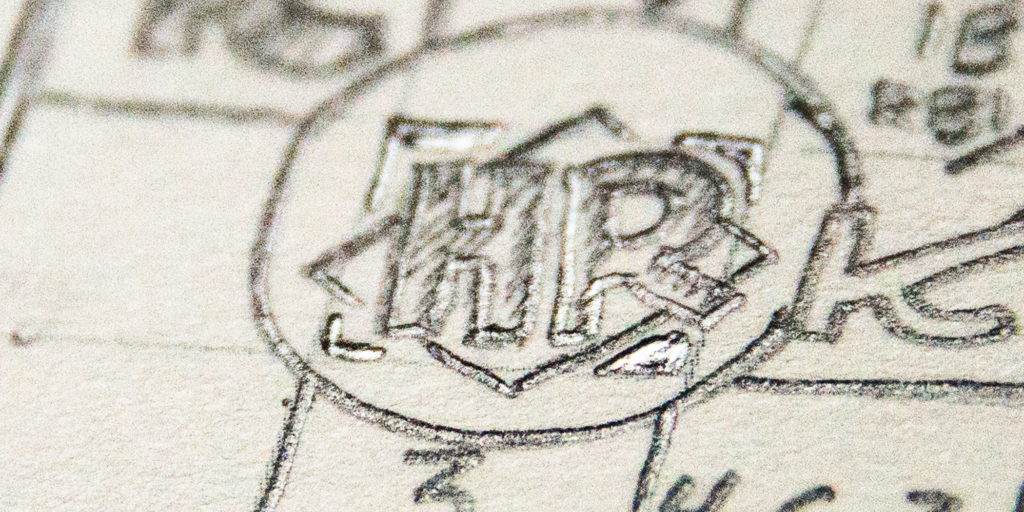 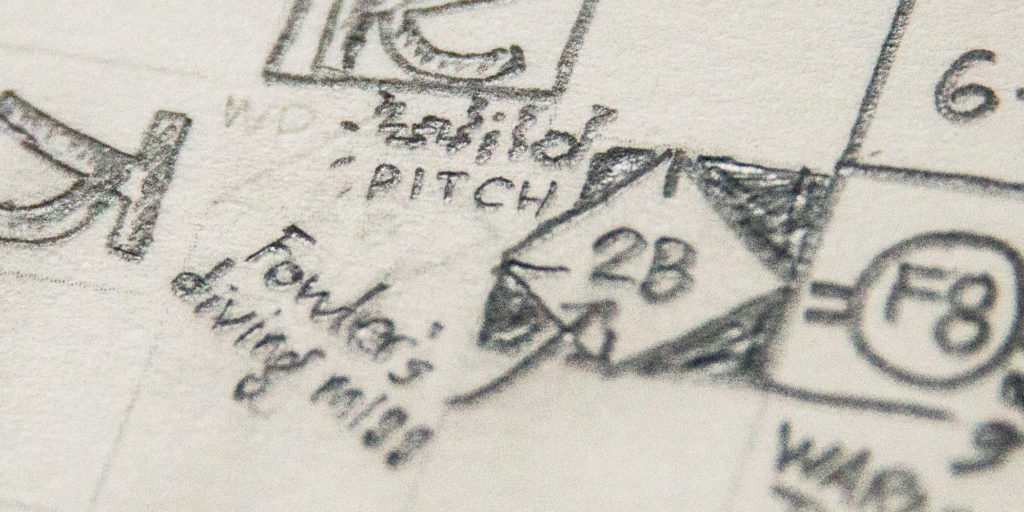 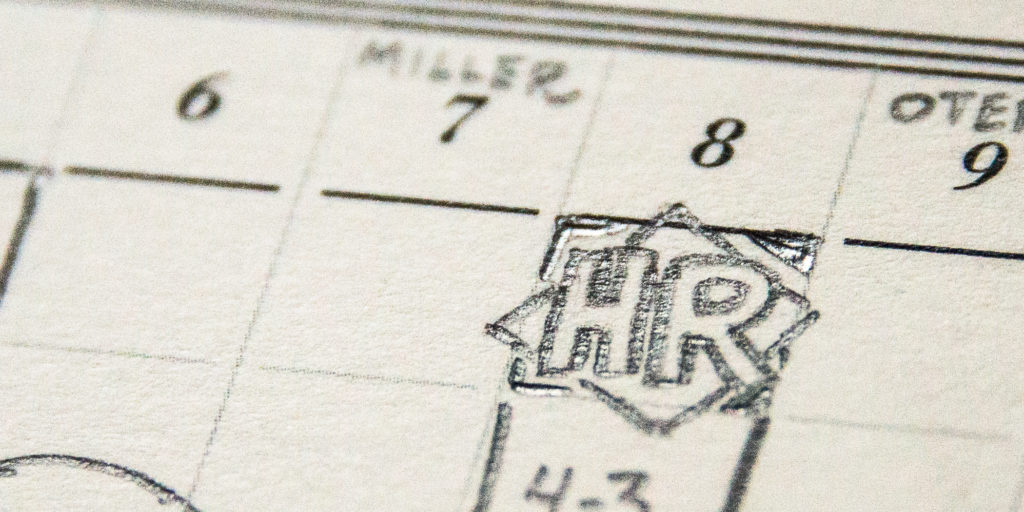 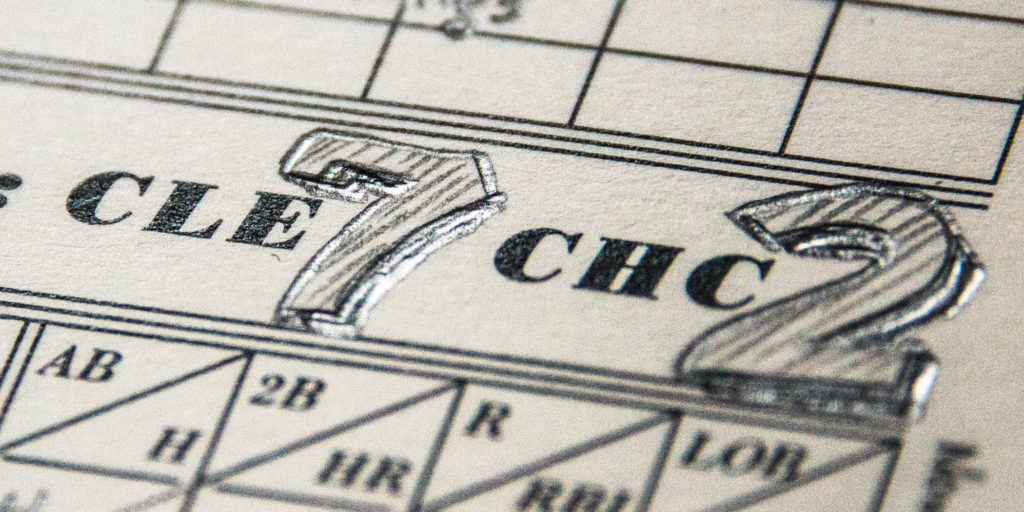 Before the game we read to Julia the book “Good Night, Cubs” 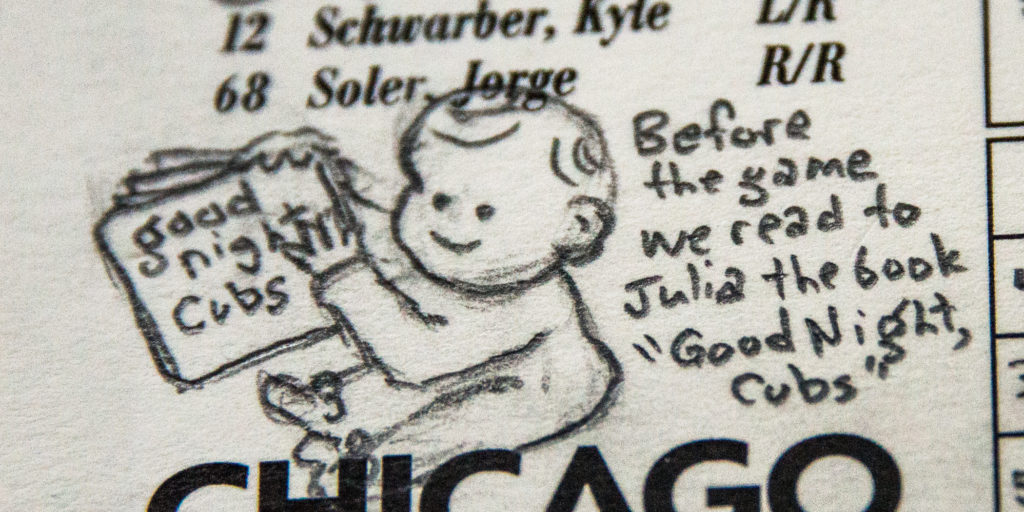 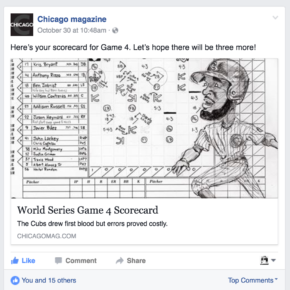 Twitter
“The scorecard from Game 4. Now we really need to #flythew”

Twitter
“So many mistakes and misses last night. Here they all are, in excruciating detail.”

Kris Bryant promo for game 4 not used by Chicago magazine: 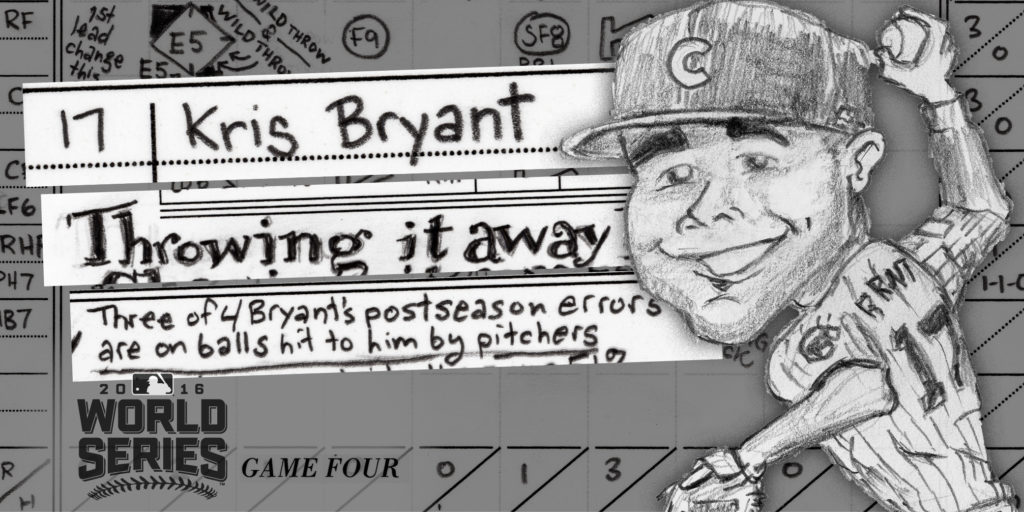 The game 5 scorecard is so exciting, because the Cubs get back on track! Stay tuned for the awesomeness.