Skip to content
This is post #3 of 13 daily blog posts covering my World Series scorecards. Every day a new blog post in the series will be posted.

The logo for Chicago magazine was sent to me from their digital editor. He kindly asked me if I wanted to include it. Heck yeah! That would be awesome to have their logo authorizing my scorecard. He even gave me the official logo for the MLB World Series.

As a graphic designer who loves creating identity programs, I love seeing how others organize their branding guidelines. 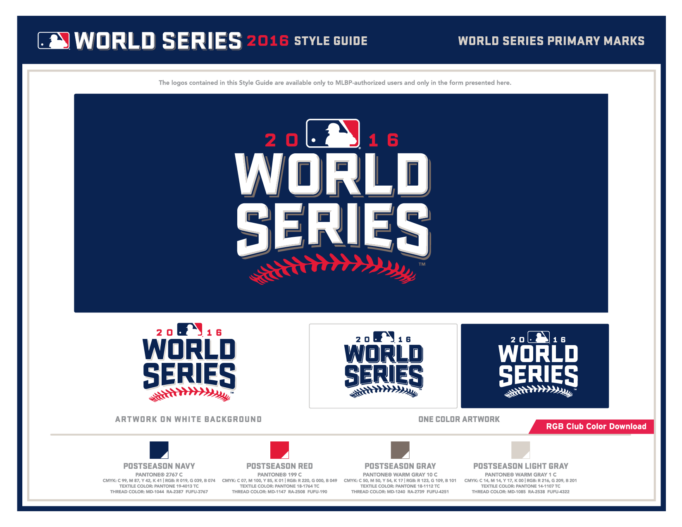 In case you were wondering, the official colors for the World Series are:

With logos in hand for the Chicago magazine and World Series, I needed to add them to my scorecard. I wasn’t going to put that extra work onto my brother. He already did a fantastic job designing the scorecard. Incorporating the logos is on me. Erik kindly passed along the original design files for the scorecards, so I could slightly edit them to make a Chicago magazine version with the World Series logo.

With hundreds of thousands of people seeing these scorecards, I wanted to include as much information as I could in a clean format. The smaller size of the 8.5×11 scorecard is a bit challenging to get small details written with a pencil. Even with a perfectly sharpened Blackwing 602 special edition no. 56 pencil. I want to be able to include more detail with more fidelity. I would find my solution through how comic strips are produced.

Since comic strip artists make their comic strips at a larger size, I’ll make my scorecards at a larger size too! We have a fantastic laser printer at work that can print up to 11×17 inches. I’d like to keep to the true origins of the baseball scorecard size of 8.5×11. If you shrunk an 11×17 down, it wouldn’t be the same shape as an 8.5×11. The one side would be shorter than the other. So to keep to the same aspect ratio of 8.5×11, I made mine 11×14.

With the size determined, now we need to figure out the paper stock.

Certainly, I’m not going to fill out my scorecards on regular office paper. With the amount of erasing needed, that paper would rip right through like a rock-filled wet sack. Where do you buy such heavier paper stock at a larger size? And at a place that is local? Paper Source first came to mine. But guess what? They don’t sell any white cover stock larger than 8.5×11. Whut. You’d think a place called “Paper Source” would be your first source for paper. Not in this case. 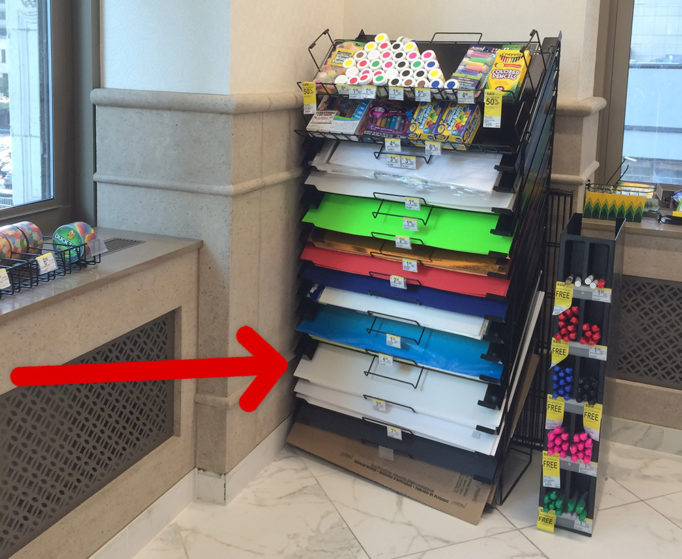 The posterboard is perfect because it’s very durable. One side is uncoated, the other side is coated. The uncoated side works great with pencil. And I think the coated side makes the paper more durable. I’m just guessing on that, but it sounds good.

Standing in the Walgreens aisle with the posterboard in hand, I did my math wrong on how to cut up the board. I thought I’d be able to cut the board in half to get two 11×17 sheets with some strips left over. But when I got to work and cut the 22×14 in half, the two sheets were exactly 11×14. I was like, Uhhhh. Oops.

With my 11×14 sheets in hand, I was ready to edit the scorecards.

That night my daughter was about to eat real food for the first time. I worked under a tight time crunch after work to knock out these alterations to the card:

Except the Cubs hadn’t released their World Series roster yet! They were waiting to see how Kyle Schwarber was going to perform in the Arizona Fall League. This key Cubs player had been out since the fifth game of the season. And now he was prepped to make a dramatic comeback. But the Cubs needed to see if he was fully healed and ready to play. 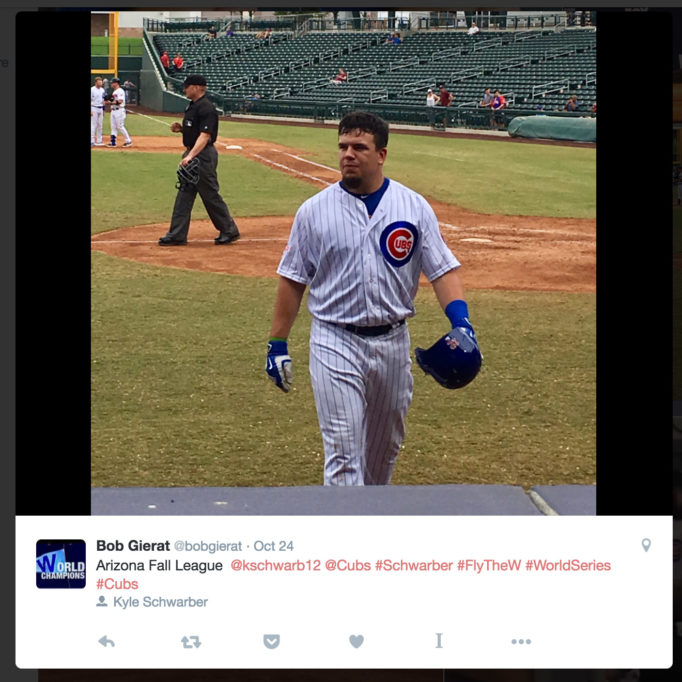 I anxiously kept searching Google for news of the Schwarber’s addition. He had completed is his game that afternoon getting a double, and scoring on a single. But when 5pm came, the rosters were still not announced, so I just included him in the roster. Why not? Even if he’s not included on the team, it would still be part of the story of this postseason. 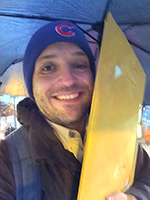 Editing and printing the scorecards took about an hour to do, and then with the scorecards under my arm, I literally sprinted to the train in Chicago’s loop. The type of sprint where you raise your knees up to your chest to pump your legs super fast.

Tomorrow’s blog post starts the background of the scorecard behind every game in the 2016 World Series. Uncover the original photos that I used as reference for the drawings. Find out how I made my middle finger go numb. All in the next blog posts!

2 thoughts on “Customizing a scorecard for the 2016 World Series”