How many players on your favorite baseball team are on twitter? Baseball-reference.com made official twitter lists for each team. The average number of players on twitter per team is seven.

Baseball teams with the most current players on twitter:
The Boston Red Sox and Tampa Bay Rays have 13 apiece.

Baseball teams with the least number of players on twitter:
The Brewers have two players. The Chicago Cubs have a mere one player, Edwin Jackson ‏@EJ36 with his first year on the Cubs. What’s happening with the Cubs? One player? Yipes.

The American League outnumbers the National League 118-92.
Interestingly, the East divisions in both the NL and AL have the most players. It must be that East Coast media that hypes up players to join twitter. The West and Central divisions all have roughly the same number of players. 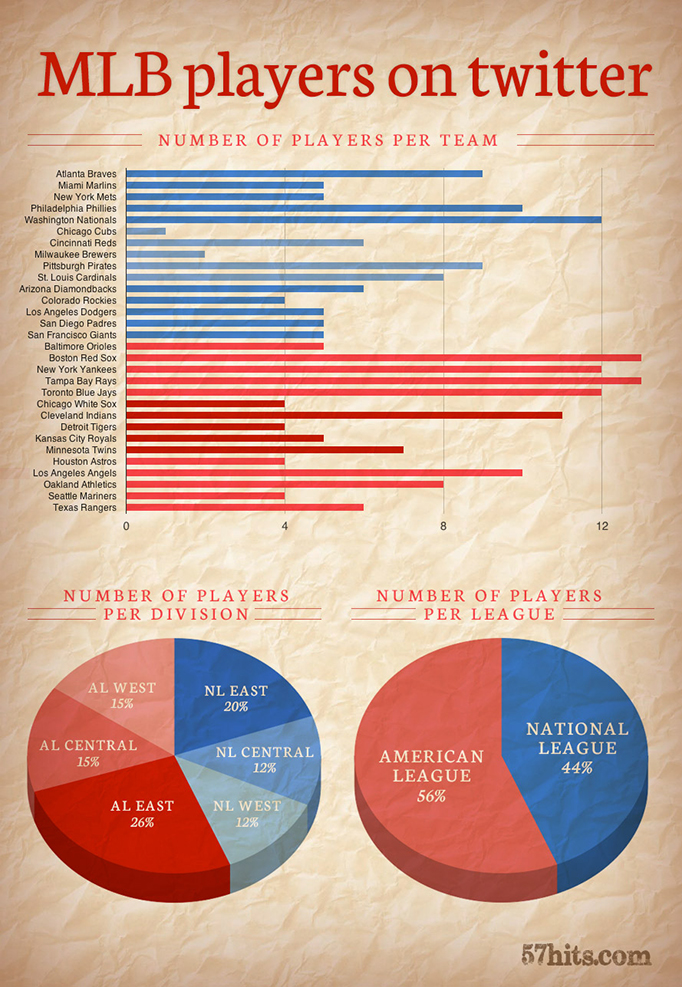 I was thinking about pulling the OPS for all the batters and displaying if the players on twitter are above the MLB median for OPS. Perhaps I could pull the WAR stats as well. What other stats could be included in the next infographic on baseball and twitter? Some ideas:

If you have any ideas for what stats I should pull for the next MLB-twitter infographic, please leave your suggestions in the comments. Thanks!