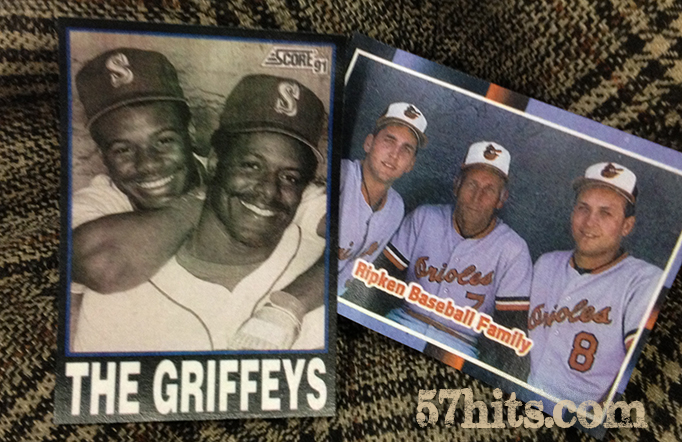 When you think of a baseball family, who do you think of first? The Griffeys or the Ripkens? I quite frankly never think of the Ripken family. Griffey Jr and Sr. always come to mind first, because they were the first father and son to play on the same team as teammates. They even hit back-to-back singles and back-to-back home runs! Can the Ripkens claim that? No. They cannot.

There have been 203 father/son pairings in baseball. Wow.

Which is your favorite baseball family?