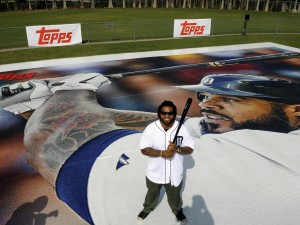 Who will win the Home Run Derby for 2013? Here’s my predictions:

Here’s the Odds to Win from sbnation.com:

I love how they pick Chris Davis first. Please. Every year there’s a huge disappointment, Chris Davis will wear that beanie cap in 2013.

4 thoughts on “Predictions for the Home Run Derby 2013”