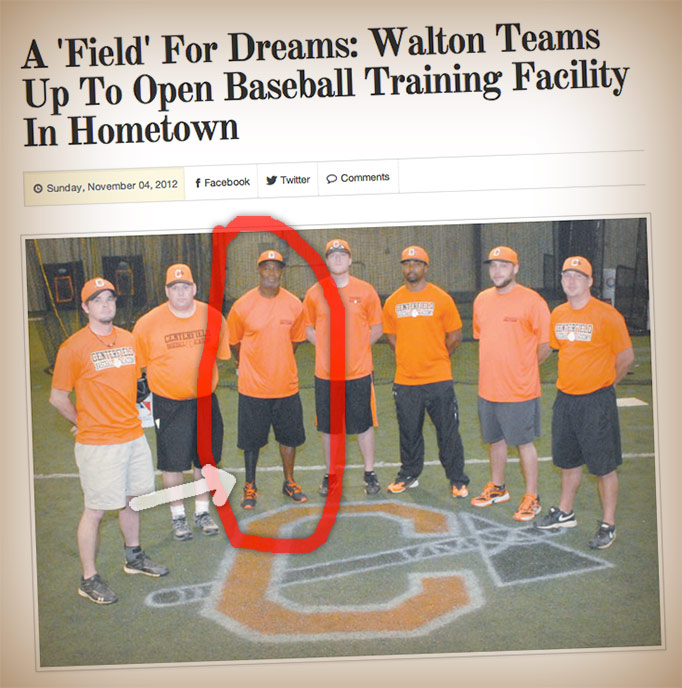 Where is the 1989 National League Rookie of the Year? Jerome Walton is the high school baseball coach for Westlake High School in Cascade, Georgia and Instructor at Home Plate in Peachtree City, Georgia (per one of my favorite baseball blogs, 30-year-old cardboard)

Jerome Walton also opened up a baseball center in his hometown of Newnan, Georgia. The Times Herald says,

Walton’s been no stranger to coaching, having helped lead Westlake High’s baseball program to the state playoffs in a region that’s included both Newnan and East Coweta the last three seasons.

The article also touches on that Walton nearly lost his leg recently in a fall from a ladder at home!

Apparently Walton is no stranger to accidents. In 1993 while playing for the Angels, he wrecked his car reaching for his wallet in the back seat. From the Los Angeles Times, “ANGELS : Walton Isn’t Injured in Car Wreck” April 11, 1993 by Bob Nightengale

Angel outfielder Jerome Walton said he was fortunate to be alive Saturday after wrecking his 1993 Corvette in a one-car accident. Walton was hospitalized for tests, but no injuries were found and he was released in time for the game. “I’m very lucky I was wearing my seat belt, that might have saved me,” Walton said. “I banged my head pretty good. I think I hit the roof of the car, but I don’t even know. All I know is that I’ve got a pretty good headache.”

Walton said he was driving Saturday morning when he reached in the back of his car for his wallet. The next thing he knew, he was over the curb and running into a light standard.

“I was just careless,” Walton said, “and basically forgot what I was doing. It was just dumb on my part.”

Despite falling off ladders and crashing cars, it’s good to see Walton involved in baseball and giving back to his hometown.

2 thoughts on “Where is Jerome Walton now?”