Which would you rather have? A Honus Wagner T206 baseball card or two one-million dollar bills? 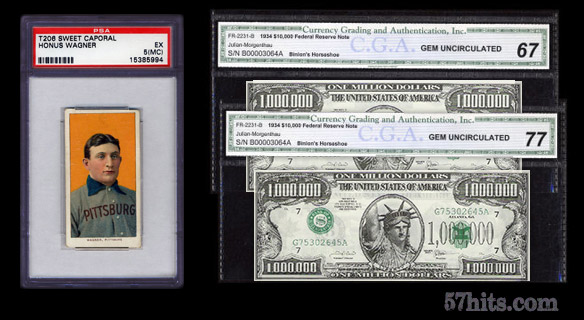 With Honus Wagner going for millions, it seems like his photo should appear on the million dollar bill.