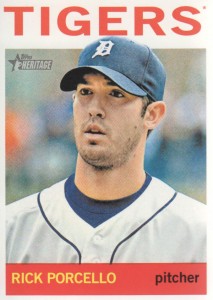 I’ll tell you my new secret. Play anybody who is facing the Detroit Tigers. Their pitching staff is in their own league in terms of opponent’s batting average.

Here’s the four worst pitching staffs of 2013, based on average:

If you’d like to see the final numbers from last year, here’s the four worst pitching teams from 2012: