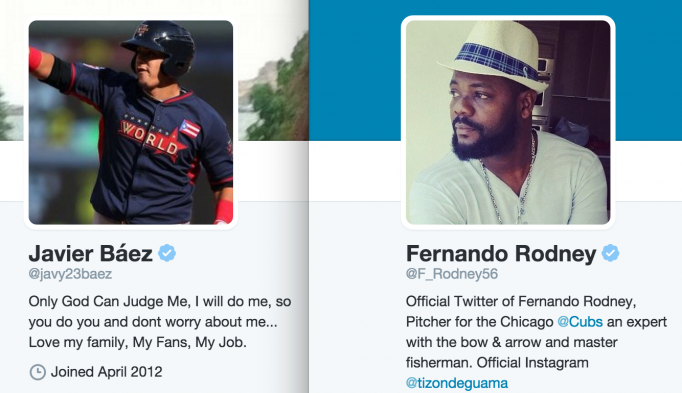 1. Javier Báez (@javy23baez) has a fair amount of tweets with 1,398; but none for the fans. However, he did play just 28 games due to an injury and the death of his close sister. We are definitely looking forward to what Báez will do next year.

2. Fernando Rodney is another player who spent only a small portion of the season with the Cubs. He arrived to the team via a trade on August 27th. Having only been with the team for a little longer than a month, it’s understandable that he didn’t thank the Cubs fans. Plus factor in that his twitter account @F_Rodney56 has only 228 tweets–where he mostly retweets images of himself doing the Air Arrow.

The arrow shot is back!! Yeah buddy! @F_Rodney56 @Cubs pic.twitter.com/tmLvyGoFpn