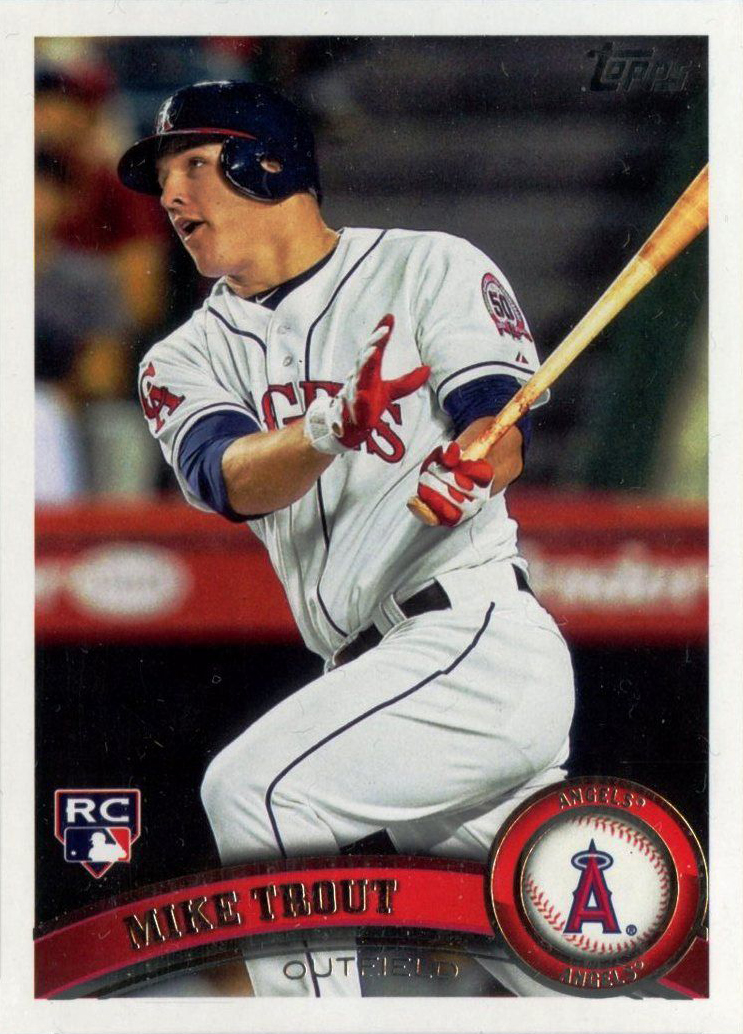 Beckett reports on the popularity of this card:

This is the story of the 2011 Topps Update Mike Trout Rookie Card, a trading card that isn’t yet eight-years old, but is rising in price and stature right before our very eyes.

This is the story of a trading card with no ink autograph, no memorabilia swatch and no serial numbering.

It’s not shiny and not made of chrome-like product.

Yet this fairly new card featuring the game’s brightest young star is selling for anywhere between $300-$600 in high-grade form.

It wasn’t seeded in packs at 1:1,000,000 odds. It’s not shiny, reflective, nor made from some special chromium material dug from near the earth’s core. It’s made of paper.

Let that sink in for a moment.

I left a lengthy comment/rant about the baseball card industry on their article. We’ll see if Beckett approves my comment. Here’s the full comment:

This makes me happy to see a regular card have value. I’m one of the thousands of collectors from the 80s and early 90s who left the baseball card industry in the mid-90s because of the rampant limited edition cards. Collecting cards no longer became fun, because they became unaffordable.

This Trout card at $250 is also unbelievably unaffordable. But you know what? It came from a regular pack in regular quantities. Topps didn’t artificially make this card elusive.

Hooray for the regular card becoming popular. This is a great thing for the card industry.

I would like to see much less of the serialized, autographed, swatch’ed cards. Will that happen? Most likely not. Topps and other card manufacturers have brought the genie out of the bottle. The desirability of these limited cards is too great. Topps is happy to print pure gold on their presses for the masses who drool over them.