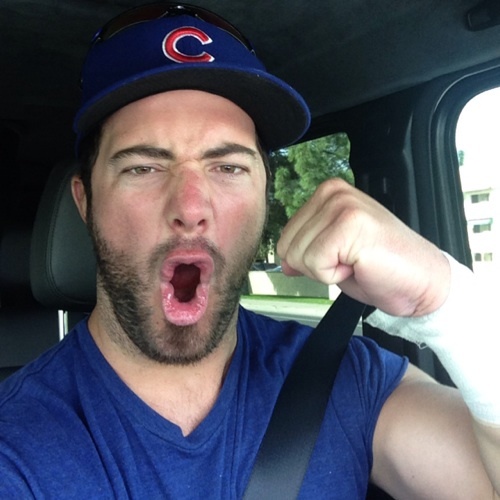 The $2-million third baseman for the Cubs is a real wildcard on twitter. This year he got demoted from the major league club to Triple-A Iowa. People questioned his dedication to the game, because while he was in Iowa, he took three days to report to the minor league club.

It was all a mystery as to what Ian Stewart’s intentions are.

@IAN_STEWART_2sc I sent a card of yours to wrigley to sign and I never got it back! 🙁

Ian replied back with:

@JMcpherson46 I’m not at Wrigley!

He also tweeted this:

Well see…… RT @britneyizer: @ian_stewart_2sc It really sucks how things worked out but everything happens for a reason.

Then he has bizarre tweets where he’s outright flirting with girls on twitter. Nevermind that he’s a married man.

I was never a fan of Ian Stewart due to his low batting average the past two seasons of .156 and .201. But one of the ways I enjoy baseball is the stories behind the game. Wins aren’t that huge to me. It’s more the storylines. Ian Stewart is starting to craft a very interesting story line this year with this activity on twitter surrounding his demotion to Triple-A Iowa.