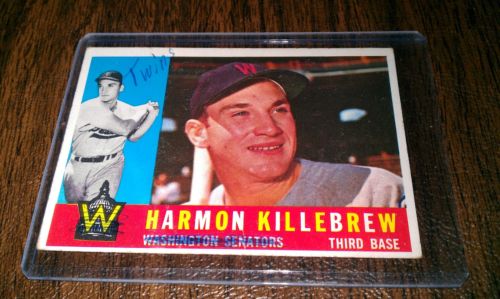 In 1961 the Washington Senators moved Minnesota and became the Twins. Their star player Harmon Killebrew’s 1961 Topps card shows him with the Minnesota Twins. An astute fan corrected the card by scratching out the Senators name and hand-writing Twins onto the face of the card. There. Much better. NOW this card is correct. (even though the 1961 Topps card shows 1960 stats)

In 1960 Killebrew hit 31 home runs, but was out-homered by teammate Jim Lemon with 38. Hopefully some fan out there has corrected Jim Lemon’s 1961 Topps card.