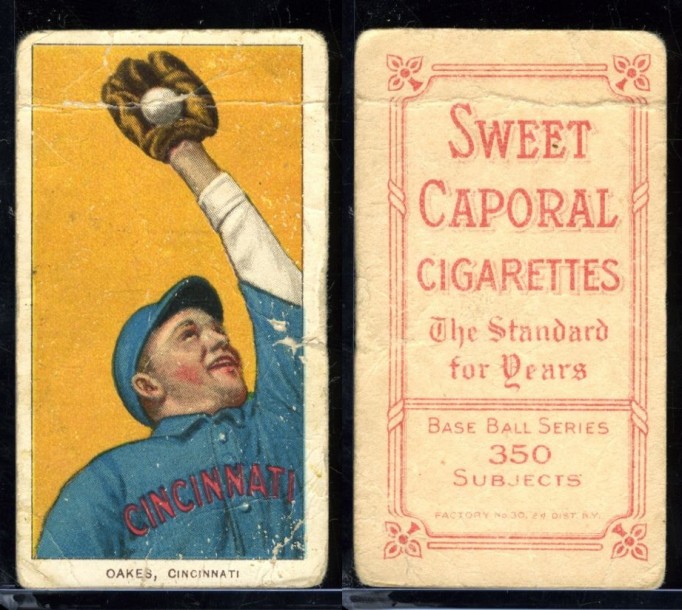 Look at the fun outfielder Rebel Oakes is having on his T206 card. Now this is a ballplayer playing the game for fun. He’s so delighted to have caught the ball. Probably because that year with Cincinnati, he was second in the league for errors committed by an outfielder with 18. (Bob Bescher of Cincinnati had 20).

Despite his defense, Rebel Oakes was a good behind the plate, finishing second in singles for the 1913 National League season. In 1911 and 1912 he finished with the 9th and 8th best AB/SO ratio.

This 1910 T206 card is his rookie card. I purchased it from ebay for under $20 with shipping. A few aesthetic highlights:

A big thanks to Sports Collectors Daily’s Facebook Page for sharing this card. I’m honored to be the one who purchased it a few days after the post. With 139 likes, 22 shares, and 7 comments, it’s surprising nobody bought this card. Probably because the link in the post didn’t go directly to this card. Instead it went to an eBay search for T206 cards for under $20 resulting in 308 auctions.