Skip to content
This is the 5th of 13 daily blog posts covering my World Series scorecards. Every day a new blog post in the series will be posted. 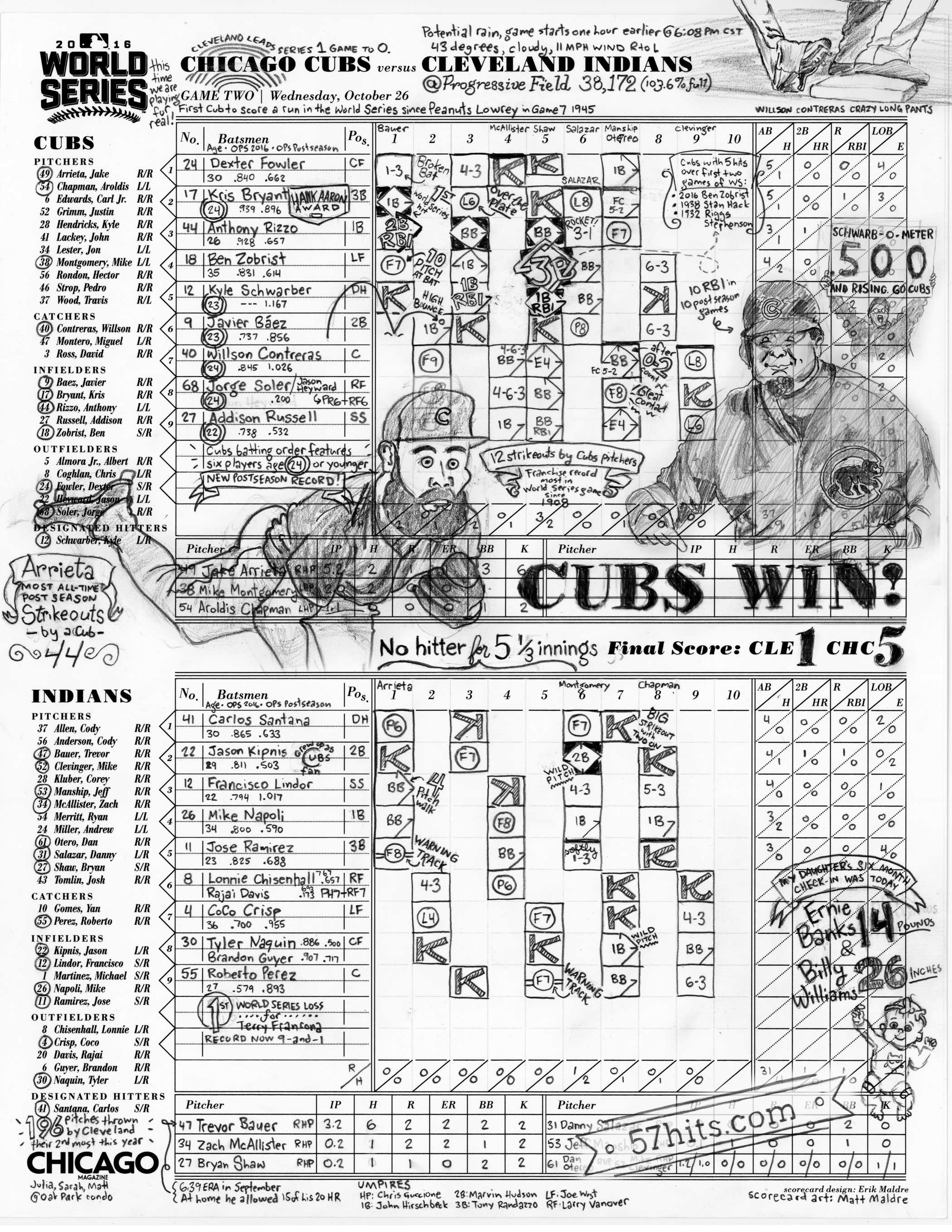 Paintings can be engineered, but most often they are better off simply being painted.

Over-thinking the first scorecard is very easy to do. I worked until about 3:30am, because there were so many fun stats to dig out. With the Cubs being in the World Series after 71 years, the trivia overflows. “First time since this”, “first time to do that.” You can’t miss out! With all this trivia overload, instead of writing it straight onto the scorecard, I was typing all the information first on a laptop. After the game the typed file served as a reference to figure out where to put what pieces of trivia on the physical scorecard.

This extra step of first typing all the information first into my computer is a rather tedious process. I was trying to engineer the card, rather than let the card develop by itself. There’s a reason why people keep score DURING the game, and not AFTER the game. Scorecard keeping captures that moment right when it happens.

Sure, you can fill out a scorecard after the game, and put in all the information correctly and exactly. But then it’s just rote reporting. Instead, writing the plays and notes down as the game progresses is more like narrating.

With the scorecard for game 2, I ditched the process of typing notes into my computer as the game progresses. Instead, writing them directly onto my scorecard proved to be more direct. Pencils have erasers for a reason. You can erase stuff if you need to move things around.

Instead of loading up the scorecard with tons of trivia, this scorecard is focused on the drawings. Game 2 features four drawings.

My favorite is the caricature of Jake Arrieta. His deadpan laser-focused face nails him perfectly. Along with with upright cap and flat-edge bill. Photo reference via @Cubs Twitter 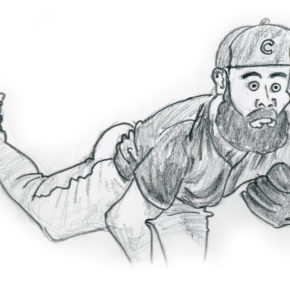 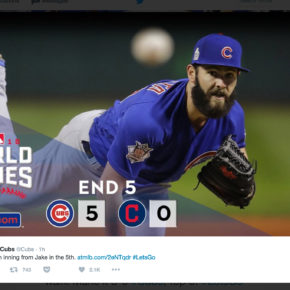 Kyle Schwarber and the Schwarb-O-Meter

The Kyle Schwarber drawing… could be redone. This was the first drawing I did for game two, and honestly… I traced a photo on my laptop screen. You can tell the drawing is traced. It doesn’t really have any soul. But the very moment of Schwarber reaching first base is full of life. All year long Schwarber had to sit on the bench while he watched his teammates reach base and do the “Am I supposed to be on this base?” routine. Finally, he had the chance to reach base and do the “this base?” question to his teammates in the dugout. The smile on his face is priceless. Photo reference from FOX broadcast. 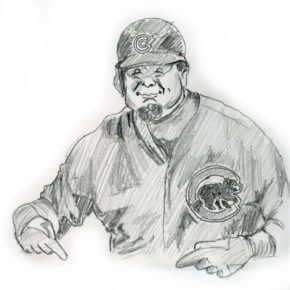 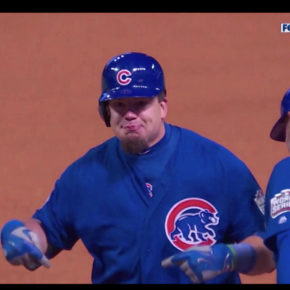 The Schwarb-O-Meter was rather humorous, because I’m a big Shawon Dunston fan. In the 80s and 90s the Bleacher Bums had the Shawon-O-Meter tracking Dunston’s batting average with every at bat. WGN would always provide a shot of this handmade sign. Schwarber shares the same uniform number as Dunston, #12, making the connection even deeper. Photo reference from FOX broadcast. 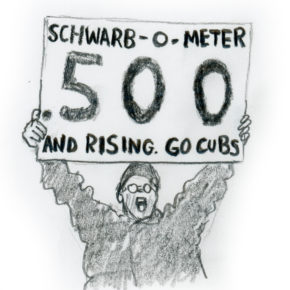 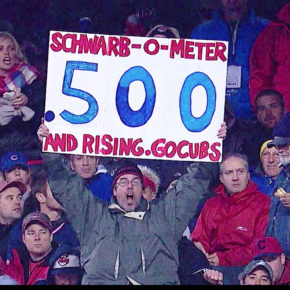 The fourth drawing is Willson Contreras’ crazy long pants. In the 5th inning Contreras hit a grounder to the second basemen who made an error allowing Contreras to barely be safe at first base. The Fox camera angle of the bag showed him to safe by milliseconds, and it also showed how long his pants are. In fact, his pant leg was caught on his spikes. It’s a wonder that he was able to run down the line in these cartoonish pants. Photo reference FOX broadcast. 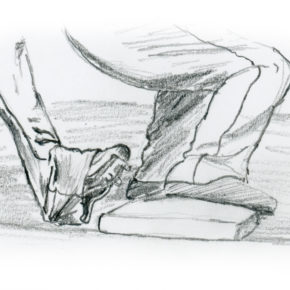 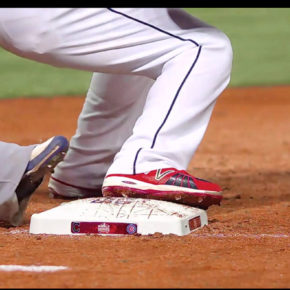 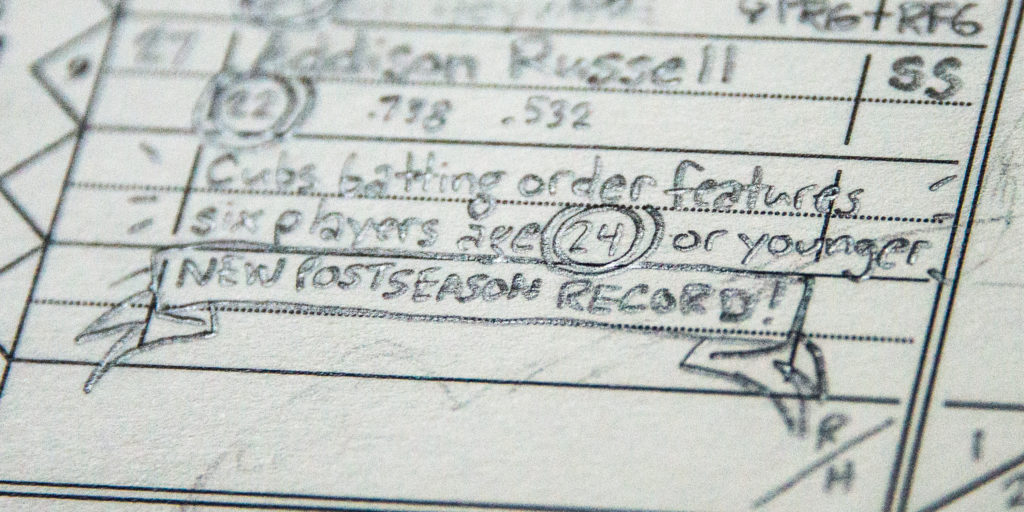 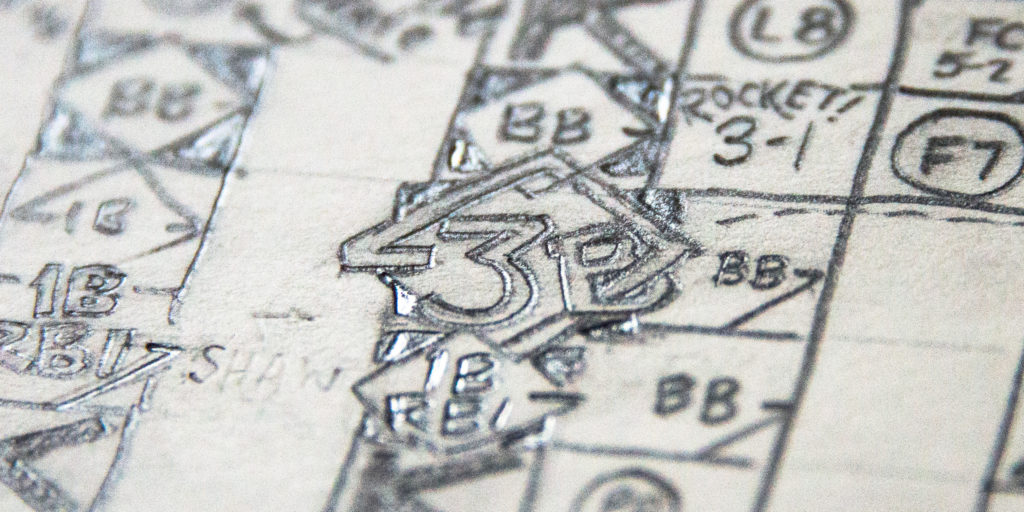 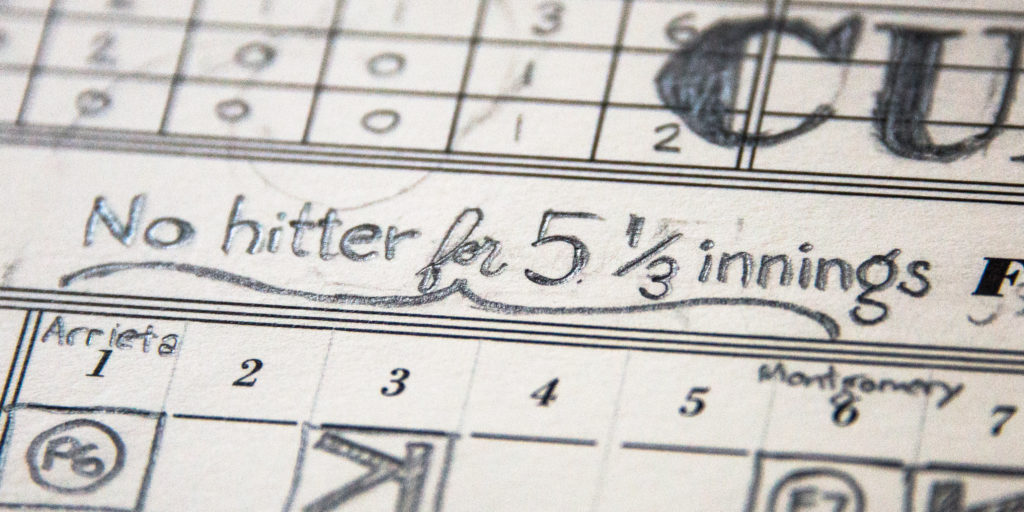 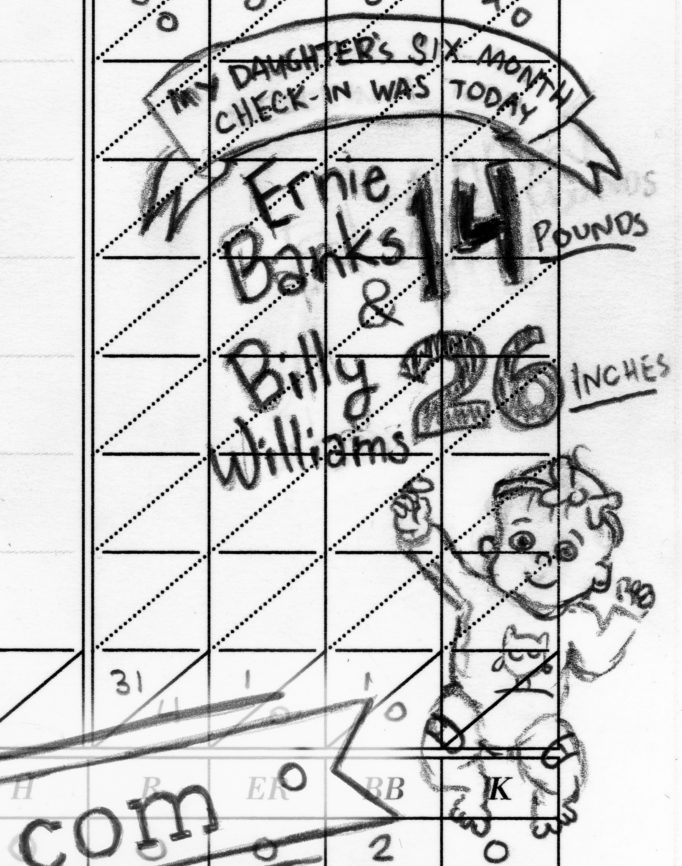 My daughter’s six-month doctor check-in was today. 14 pounds (Ernie Banks’ number) & 26 inches (Billy Williams’ number). Julia got a pair of band-aids on her legs from her doctor’s shots. I was tempted to make the factoid about how the stripes on her legs look like Anthony Rizzo’s eyeblack. 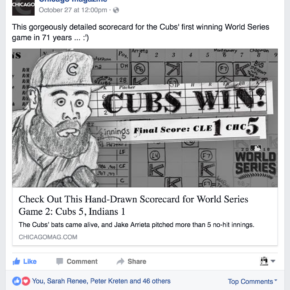 The Kyle Schwarber promo for game 2 that wasn’t run by Chicago magazine: 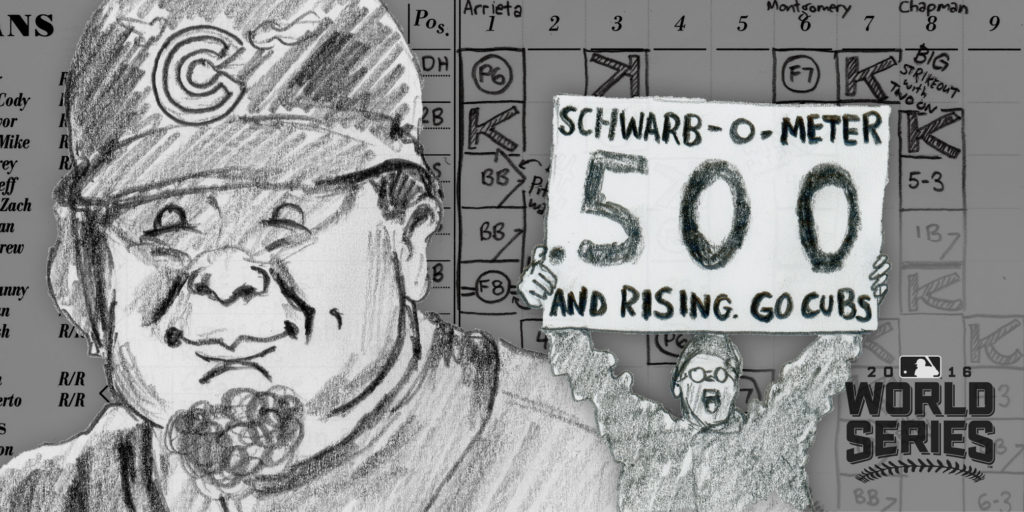