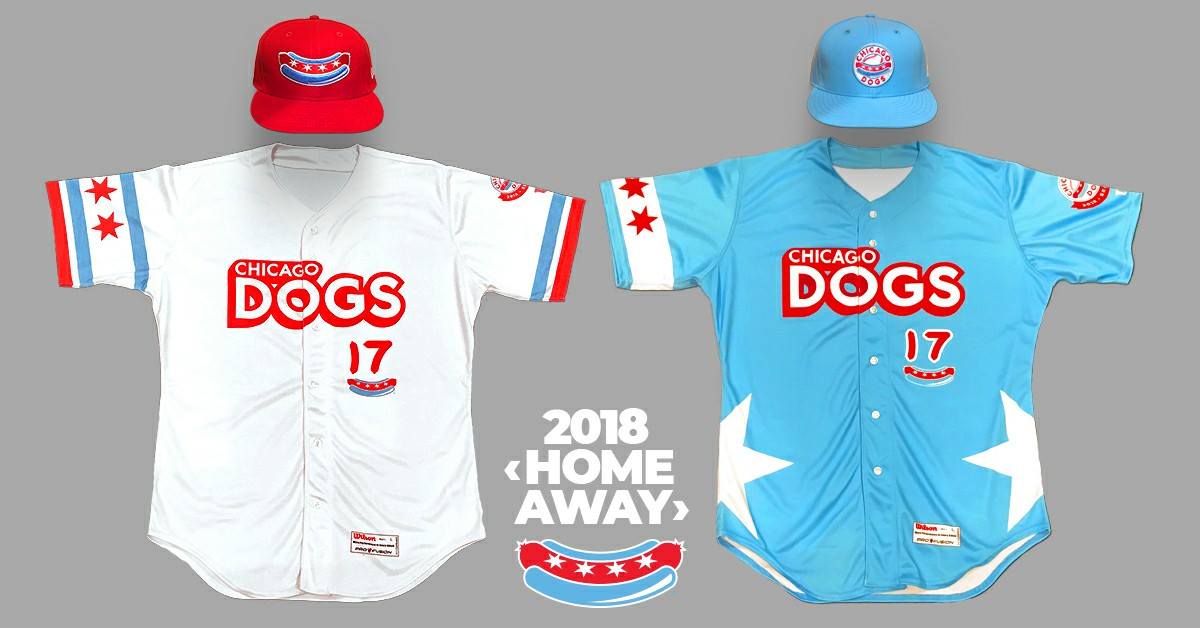 The Chicago Dogs released their uniform designs today. Folks, we have a wiener—as in WINNER.

Back in August, I blogged about they should put just the hot dog on the hat.

A professional team shouldn’t have a baseball on their hat. And especially not the entire team name. However, given that it’s a small team in an independent league, they might end up going the ugly route and put the entire logo with the text onto their hats.
(I go pretty deep into their branding. Read the entire blog post.)

And now they have fulfilled my wishes! The home hat has just the hot dog on it! I’m tempted to buy one of these sweet hats.

For those who fear looking like they work at a hot dog stand, they can purchase the away hat. It features the entire name of the team along with a baseball on it. Despite my claim that no team should have a baseball on their hat, I’m betting that the away hat will actually sell quite well.

Bravo to the Chicago Dogs for producing two versions of their hats. One that is iconic. The other that is literal.