I’ve been so tempted to keep score in a vintage scorecard. It would be so cool to fill score a famous game in the actual scorecard of that time. But many of the old-time scorecards featured a ton of ads surrounding the score boxes. I love drawing pictures and adding text to the margins of a scorecard. These ads would get in the way.

But here’s an idea! What if I redesigned the ads so they feature highlights from that game? 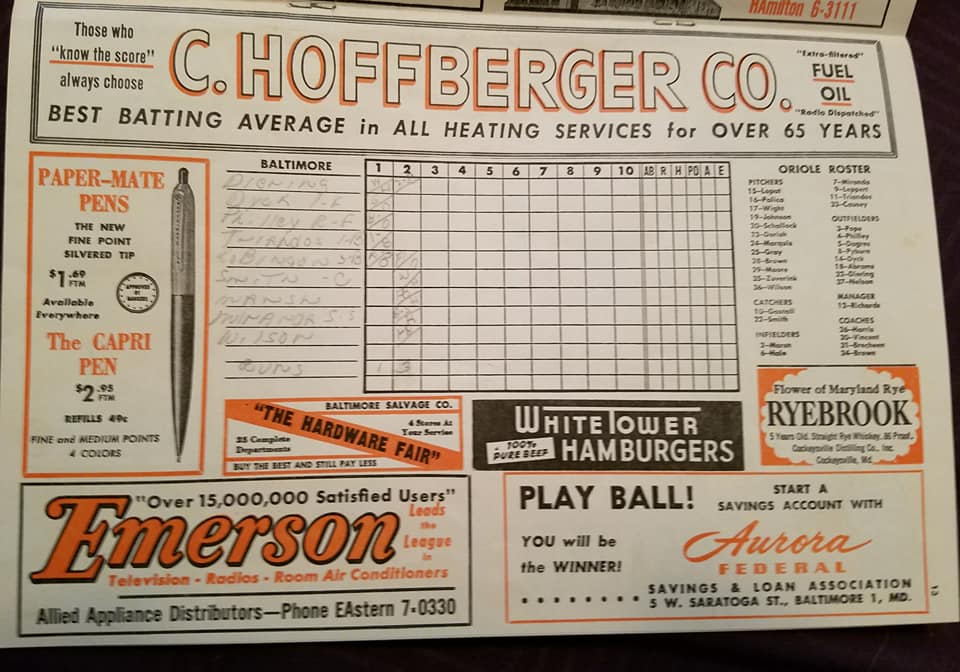 Instead of an ad for Emerson Allied Appliance Distributors, it would say, “Brooks Robinson’s second major league game”. This modified box would be designed to mimic the original ad with the fonts and layout.

That would be so sweet! This is definitely something I will pursue doing.

Also a side note on the left rail ad for Capri pens: 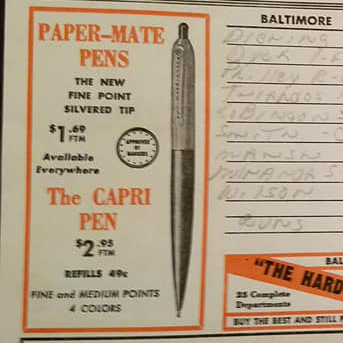 Funny that a pen company would be advertising on a scorecard. Makes sense, right? You spend a few hours with that scorecard writing in the results of the game–but with a pen? Mostly everyone scores a game with a pencil. The eraser enables you to easily change any mistakes you make on your scorecard.

You mess up and score the wrong position. Or perhaps a play was changed from a hit to a error. That eraser comes in handy!

The Capri pen was one year old when it was advertised in this 1955 scorecard. Paper Mate introduced the luxury pen in 1954. For more history of the Capri pen, see the blog post Early Paper Mate Chronology.