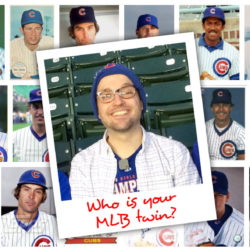 What MLB player looks most like you? Pick any player from the history of baseball at any age. Drawing a blank? Here’s how you can find your baseball player twin! 1. Your photo Find an photo of yourself wearing your favorite team’s clothing. Preferably this photo will be taken at the ballpark. For this example, […] 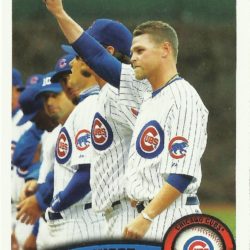 Kerry Wood is on the 2018 Hall of Fame Ballot for the first time. Kerry had such great potential with his amazing rookie year, notching 20 strikeouts in his fifth start. A future Hall of Famer? Then the injuries struck. He missed his entire sophomore year with Tommie John surgery. During his career Wood was […] 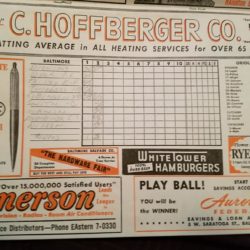 By Matt Maldre on November 14, 2017 in Fun with baseball scorecards 0

I’ve been so tempted to keep score in a vintage scorecard. It would be so cool to fill score a famous game in the actual scorecard of that time. But many of the old-time scorecards featured a ton of ads surrounding the score boxes. I love drawing pictures and adding text to the margins of […] 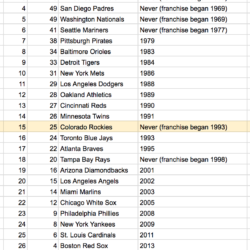 The Cleveland Indians have gone 69 years without a championship. The Dodgers last championship was in 1988, 29 years ago. When the Astros won this year, it broke a 55-year draught. All these teams with such long championship draughts. Is this normal? I’d say so. There are 30 teams in Major League Baseball, and only […]